This article is the second in a series for Oral Health. The first article was published in the August 2015 issue, with the title “Surgical Risk Factors in Implant Dentistry: Influence on Failures and Bone Loss”. Table 1 in this article, organizes risk factors in implant dentistry into four categories. These were introduced in the August 2015 article together with the concept of “Evidence Based Dentistry” and a representative case presentation.

• b) History of Periodontitis:
A patient’s history of periodontitis and in particular aggressive periodontitis needs to be determined from the information gathered from both the initial patient interview, previous dental records as well as from the diagnostic information gathering phase. There have been several articles studying this issue. Readers are referred to a meta-analysis published in 2014.1 A conclusion can be drawn from this review that a history of aggressive periodontitis poses a negative risk factor for and should be taken into account and included as part of the “informed consent” process and treatment.

• c) Smoking, Systemic Disease and Medications:
The patient’s dental, medical and habit history and in particular current conditions that could impact upon the outcome, need to be questioned and evaluated at the initial patient interview and where indicated investigated in more detail. Outside consultations may be needed to determine if any pre-treatment precautions need to be taken or if treatment is absolutely contra-indicated.

Patient Informed Consent
Successfully achieving “patient informed consent” is a critically important aspect of overall patient care. It is a legal and ethical duty for dentists to make sure that the patient understands the important aspects of treatment. There have been several recent RCDSO Dispatch articles that have addressed this issue, for example “Dental Implant lawsuits”, August/September 2015 issue, “Informed Consent Learning program”, November/December 2015 issue and “Informed Consent From
Material Risks to Material Information”, February/March 2016 issue.

Any dental procedure comes with the chance of infection, but a recent study out of Sweden has discovered that patients with dental implants run a high risk – and that several contributing factors can exacerbate this risk

The research out of the University of Gothenburg aimed to evaluate the correlation between dental implants, implant loss and peri-implantitis, a destructive infection that affects the tissue surrounding dental implants and can result in loss of supporting jawbone. Researchers also explored the relationship between periodontitis and rates of implant loss.

The study consisted of 4,716 randomly selected participants that had all had dental implants in 2003-2004. Researchers sent out a survey and received dental records and charts for 2,765 patients in the study. 596 patients were also examined at a nine-year follow-up appointment. The results found that almost eight percent of patients with dental implants experienced the loss of at least one implant within that timeframe.

“Altogether, 7.6 percent of patients had lost at least one implant and 14.5 percent had developed peri-implantitis with pronounced bone loss,” reported Dr. Jan Derks, a researcher at Sahlgrenska Academy. 50 percent of patients presented with some signs of peri-implantitis, but only 14.5% were considered to have moderate to severe implications (equating to a crestal bone loss exceeding 2 mm). The 7.6 percent that had lost an implant showed an average loss of 29 percent of bone support.

Dr. Derks’ research also found that patients with preexisting periodontitis experienced an increased risk of peri-implantitis. Smoking was also identified as a risk factor contributing to early implant loss. The study also reported that “progression of peri-implantitis occurred in a non-linear, accelerating pattern, and, in the majority of cases, the onset of the disease had occurred early.”

Interestingly, the rate of implant failure did not differ between the general practice and specialty practices. “22% of all patients in the present sample received their implants in a general practice setting, and implant los in this subgroup was not different from outcomes in patients treated in specialist clinics,” the study stated.

“Peri-implantitis appears to develop within a few years and then progresses quickly at an accelerating pace,” said Dr. Derks. He hopes that the information gained from the study can help dentists minimize the risk of peri-implantitis and implant loss.

Dental implants have been accepted as a viable treatment option for completely and partially edentulous patients.1,2,3 Further improvements toward the successful osseointegration of dental implants have involved modifications to both surface topography and surface chemistry.4 Implant design (i.e., types and dimensions), surgical procedure, implant placement time, and time prior to loading have been shown to influence implant survival rates.5,6,7,8. 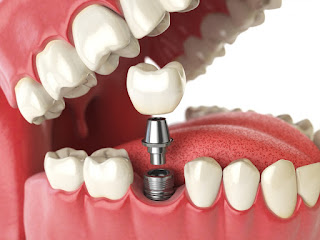 Therefore, risk factors associated with implant failure have become a frequently discussed topic in recent dental research. Among patient factors, male gender, smoking, autoimmune disease, and penicillin allergy have been found to trend toward higher failure rates.9,10 In contrast, short implants in mandibular posterior sites have been found to have a survival rate of 100%, while the same was not true for implants in the maxillary posterior position, wherein 6-mm implants had a survival rate of only 87%.

Most survival study designs are longitudinal and retrospective with many years of follow-up. Their statistical methods use implant failure as the unit of analysis, without considering multiple implant failures in the same patient. Outcomes related to implants in a single patient must be more closely correlated than those in separate patients; ignoring these correlations could result in a bias in p-value computations.11,12,13

Therefore, in this retrospective study, we aimed to evaluate dental implant outcomes and to identify risk factors associated with implant failure over 12 years via dental records of patients attending an educational institution.

The niche of dentistry along with the technology that is put to use by the dentists is developing at an alarming pace. There was a time when the commoners had to opt for removable dentures, if they lost their teeth. Times are changing and now we have access to dental implants. What is dental implant motor? What are the various kinds of dental implants? Can I opt for this procedure if I lose a couple of teeth? The queries posed to cosmetic dentists in the real world as well as in the virtual world (internet discussion forums) are also increasing. If you are in need of a dental-implant, the first thing you must be doing is to fix an appointment with the local dentist. Sometimes, expert cosmetic dentists can rectify minor problems with the use of ulterior technology. 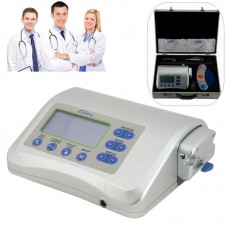 A dentist will examine the patient thoroughly. He will also employ advanced technologies that will generate portable dental x rays machine images of the jawbone and the gums. All these are required to determine the type of dental implant, which will work out to be highly feasible for the patient. Yes, the ‘one size fits all’ paradigm does not work out over here. Many patients would shun away from dental-implant procedures because of the pains. However, you must realize that you are in safe hands. An expert dentist will employ the least painful procedures. I am not stating that the procedure is painless. In the words of expert dentists, dental implants might cause ‘minor discomforts’. Once the process is completed, the dentist might ask the patient to seek respite on painkiller prescriptions. Do not worry, the dentist will provide the same. The healing period varies greatly – if you follow the guidelines cited by the dentist, it will take a maximum of three to four weeks for the pain to subside. I understand that many readers might have various notions when it comes to the success rates of dental implants. 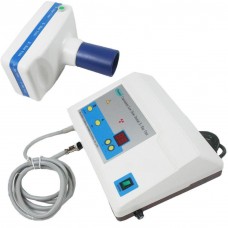 You must shed the belief that this is a new technology. Dental-implantation procedures have been in existence since some years. Throughout these years, dentists have perfected the niche. Hence, the success rate of dental implant procedure is 90 to 95 percent. Does that make you feel better? I do realize that you might have numerous queries surfacing in your mind right now. The best person, who can give you satisfactory answers, is none other than your dentist. It is important to find the right kind of dentist who is well versed with dental implants. Someone who utilizes the latest techniques will be your best bet. The internet is a good place to initiate the search for the finest cosmetic dentists. You must also consider the number of sittings (appointments) with the dentist. 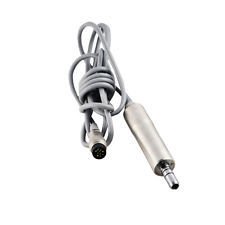 About Its Material and Methods

Sixty-one implants were inserted in 7 adult patients (4 female and 3 male; age range 38 to 62 years). All patients were free of any medical conditions interfering with implant treatment. Five (71.43%) patients were smokers and 2 (28.58%) were nonsmokers. All patients had been referred from general dentists and were not previously treated for periodontal disease at the time of the first examination.

Each patient underwent a comprehensive dental and periodontal examination. Periodontal charting included documentation of probing depths, recessions, clinical attachment levels, bleeding on probing, tooth mobility, furcation involvement, and plaque scores. Periodontitis was diagnosed in the presence of more than 4 sites with clinical attachment loss exceeding 4 mm, radiographic evidence of alveolar bone loss, and bleeding on probing. Impressions for diagnostic casts were taken and a panoramic radiograph was obtained. Casts were mounted on a semi-adjustable articulator after face-bow transfer and check-bite registration.

An occlusal analysis was performed, diagnostic wax-ups were prepared on the articulated casts, and restorative treatment needs determined. Once the restorative and periodontal treatment plans were established, radiographic and surgical guides were fabricated to facilitate implant placement. Table 1 shows the patient treatment plan and time schedule.

Periodontal treatment, including surgical treatment if necessary, had been performed previously on all patients.