The air in dental surgeries has a variety of microbiological particulates and aerosols generated from ultrasonic scaler and high-speed drills. They vary in size from 0.5 to 5 microns in diameter and can remain airborne for many hours.

Dentists and their staff can easily inhale the viruses and bacteria contained within the aerosols, with facemasks offering no protection against this fine particulate pollution. Capturing these microorganisms reduces the risk of cross-infection – for the patient, the dentist and the team.

Dental Surgeries use chemical disinfectants to decontaminate hands, surfaces and instruments. While eliminating viruses, germs and fungal spores, disinfectants often contain toxic agents such as aldehydes (formaldehyde and glutaraldehyde) or phenol. Continuous low-level exposure to aldehydes can have negative health effects, such as breathing difficulties, memory impairment, eye and skin irritation and irregular heartbeat. Toxic compounds such as isopropanol, ethanol and n-propanol can also cause irritation of the respiratory tract and the mucous membranes.

Recent research studies have found that both dentists and their staff have a higher than average level of mercury in their body. Mercury is used in the amalgam for routine dental fillings. Mercury transforms from a solid to a gas at room temperature. The gas (which is the most easily absorbed type of mercury) can be inhaled when amalgam is placed in the mouth or removed. Mercury is highly toxic and humans should not be exposed to it.

With this news and patients becoming more health conscious, requests for amalgam removals by dental amalgamator are rising steadily. It is therefore now more important than ever, for dentists to protect themselves and their team from this harmful substance.

It is now commonplace for dentists to have air-conditioning systems installed. These installation systems are, however, often a source of contamination themselves, either because they are equipped with less then adequate filtration or because they are drawing in polluted air from outside without filtering it sufficiently. Indoor air contamination can be many times greater than external conditions, and dental air cleaning is required.

Prompted by an ever growing number of dentist offices as customers, Commercial Air Filtration specifies the IQAir Dental Series which has been developed to provide a flexible, cost effective, silent and low maintenance air cleaning solution for dental practices.

Effective and efficient infection control in the dental office is essential for the safety of patients and to ensure that productivity does not suffer. Infection control programs all include the cleaning and sterilization of reusable dental instruments and devices. Care must be taken by the dental healthcare professional to ensure that all instruments are cleaned prior to sterilization, and that this is carried out in a safe manner to avoid injury and puncture wounds. Use of closed-system cassettes reduces the risk to dental healthcare professionals when executing infection control programs.

Dental autoclave sterilizers have been known to play a significant role in the daily functioning of dental operatories and are recently becoming even more advanced and efficient due to advances in technology. Sterilizers such as The Midmark M11 UltraClave? Automatic Sterilizer now provide an intuitive display and simple prompts that help you easily select the cycle you need…

Parameters such as time, pressure and temperature vary according to the type of sterilizer, materials being sterilized and individual models within sterilizer brands. The first step in determining the settings for the sterilizer is to refer to the manufacturer’s instructions.

Sterilizers are medical devices, requiring clearance by the Food and Drug Administration before manufacturers may offer them for sale. The FDA requires rigorous testing to ensure an adequate margin of safety in each cycle type described in the instructions. Failing to follow the instructions of the manufacturer is ill advised, since it may result in inadequate sterilization of the instruments or devices in the sterilizer. It is never appropriate to use a household device, such as a toaster oven, for sterilization of dental instruments, devices, or equipment.

The dental units generally need connecting to electrical, as well as drainage and plumbing systems.Transportation to the dental office is cited by many of the elderly as a barrier to dental treatment. Mobile (bus dental unite) or portable services eliminate the transportation barrier by bringing the service to the client. The portable dental chair will provide greater assistance to disabled clients living in those out of reach places. They make it possible for the elderly to receive the care they deserve. The mobile and portable dental services will also enable care for the elderly in their homes or care facilities. The demand for dental care will continue to increase.

The elderly population is rapidly growing in the world. It is estimated that 3.5 million US elderly people will be living in long-term care facilities by year 2030. In some situations, transport infrastructure may also restrict access to care. There are some areas in Iran that are inaccessible when roads are not passable, such as the mountainous villages in and around Fereydoon-shahr.

More complex portable units include a vacuum canister, dentist ultrasonic scaler, radiographic equipment along with compressors for air-water syringes and high- and low-speed handpieces. This equipment is stored and transported in durable boxes and cases.

The rationale for these chairs is to allow provision of simple filling and basic preventative treatments such as fluoride therapy and fissure sealants, but they remain largely unevaluated. Therefore, the aim of this study was to explore dentists’ perceptions of the use of portable dental units in community outreach programs.

Starting your own dental practice is no easy task. Purchasing portable dental unit for your practice can also be difficult. On average, a new dental practice will spend around $500,000 on structural upfit, equipment and supplies for their business. To make sure you are getting the most for your money, consider the following tips before diving into the world of dental equipment sales.

Before making any final decisions and purchasing dental equipment for sale, do as much research as possible on your own first. Doing so will help you understand all that the market has to offer and what your options are.

It is never a good rule of thumb to buy something simply because it is available or because it is affordable for you. Find out exactly what your practice needs and then begin your research on the quality products to invest in. This is because buying portable dental equipment is just that, an investment. Check the product’s features and confirm how it will make your practice more effective. 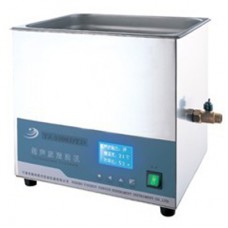 An ultrasonic scaler uses sound waves, that are outside the human hearing range to form oscillating bubbles, a process called cavitation. These bubbles act on debris to remove it from the instruments. Some manufacturers also use intermittent or sweeping sound waves to help improve the device’s cleaning ability and to decrease the potential for hot spots in the ultrasonic bath. Specialized detergent formulations are available for the solutions in ultrasonic machines. When selecting a cleaning agent to use in the ultrasonic scaler, always consider the effect on materials and instruments.

Household products are inappropriate because they cause pitting, corrosion, rust or other damage to instruments, and potentially to the ultrasonic chamber. Therefore, it is best to follow the manufacturer’s instructions, thereby choosing a solution that is compatible with the unit and the instruments. The procedure for cleaning the instruments in the ultrasonic cleaner is as follows:

In general, the timer is activated for three to six minutes for loose instruments and ten to twenty minutes for instrument cassettes, and the timing is adjusted as necessary. While the ultrasonic device is running, the lid or cover should be kept on to reduce the release of aerosol and spatter into the area from the ultrasonic cleaner. Routinely replacing the cleaning solution in the ultrasonic machine is important, and is necessary at least once a day, more often with heavy usage.

Instrument washers use high-velocity hot water and a detergent to clean instruments. Widely used for decades in hospitals and large facilities as part of the central sterilization process, these devices have recently become available for the dental office. These devices require personnel to either place instruments in a basket or to use instrument cassettes during the cleaning and drying cycles.

Instrument washers for dental offices come in two different designs. One is a counter-top model. This type does not require professional installation. The other type is built-in and resembles a kitchen dishwasher. It functions much the same as the counter-top model, but it has a larger capacity and requires professional installation. Some models have the ability to dry the instruments after washing, some do not.